The Animal Empire – you are not invited

Some prominent politicians compare us to pests when we threaten their worldview. But then those politicians are also pests when they threaten our worldview, presumably. Thus, when we are all pests, we might as well get the best out of it. In The Animal Empire – you are not invited Linh Le and I examine the bodily aesthetics of paradoxes that arise when groups of people are compared to pests. 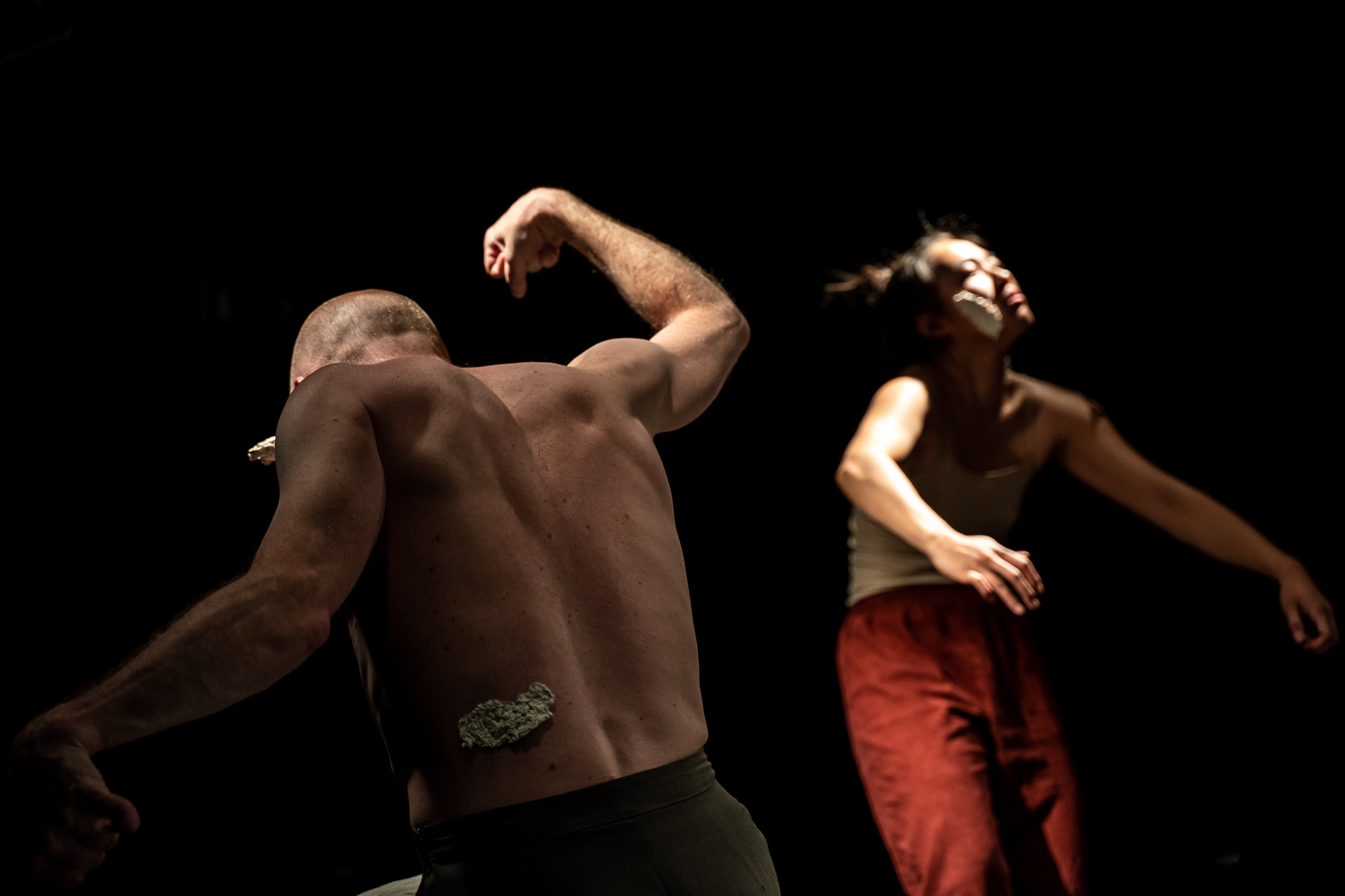 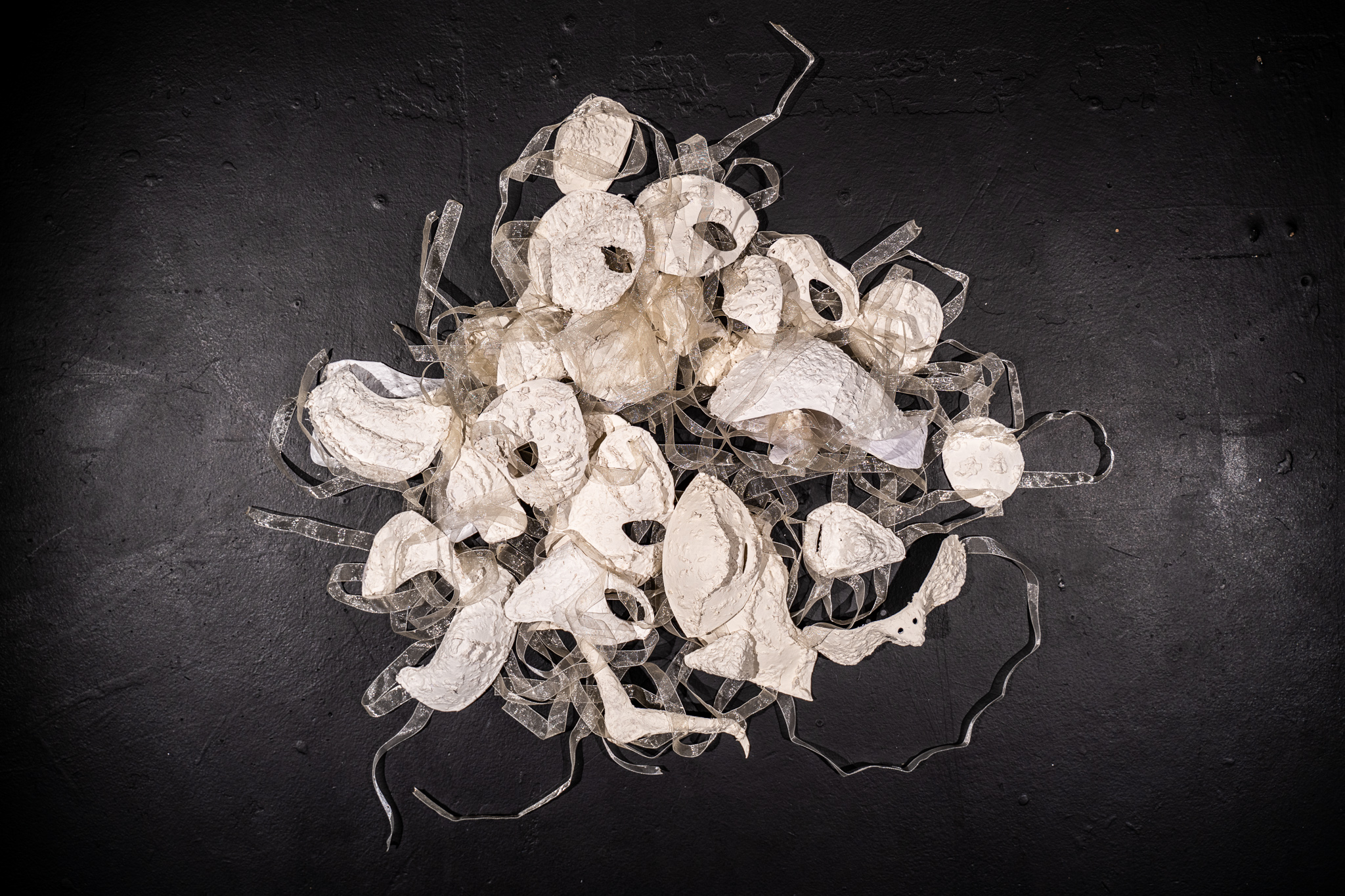 Masks, that we used to create a group of people from the audience. The masks are made by Maria Beydin. Photo by Sebastian Neerup Mandel.

At the same time, there is a significant increase in hate crimes in public spaces. We believe there is a connection. And this is our motivation for doing this performative research. 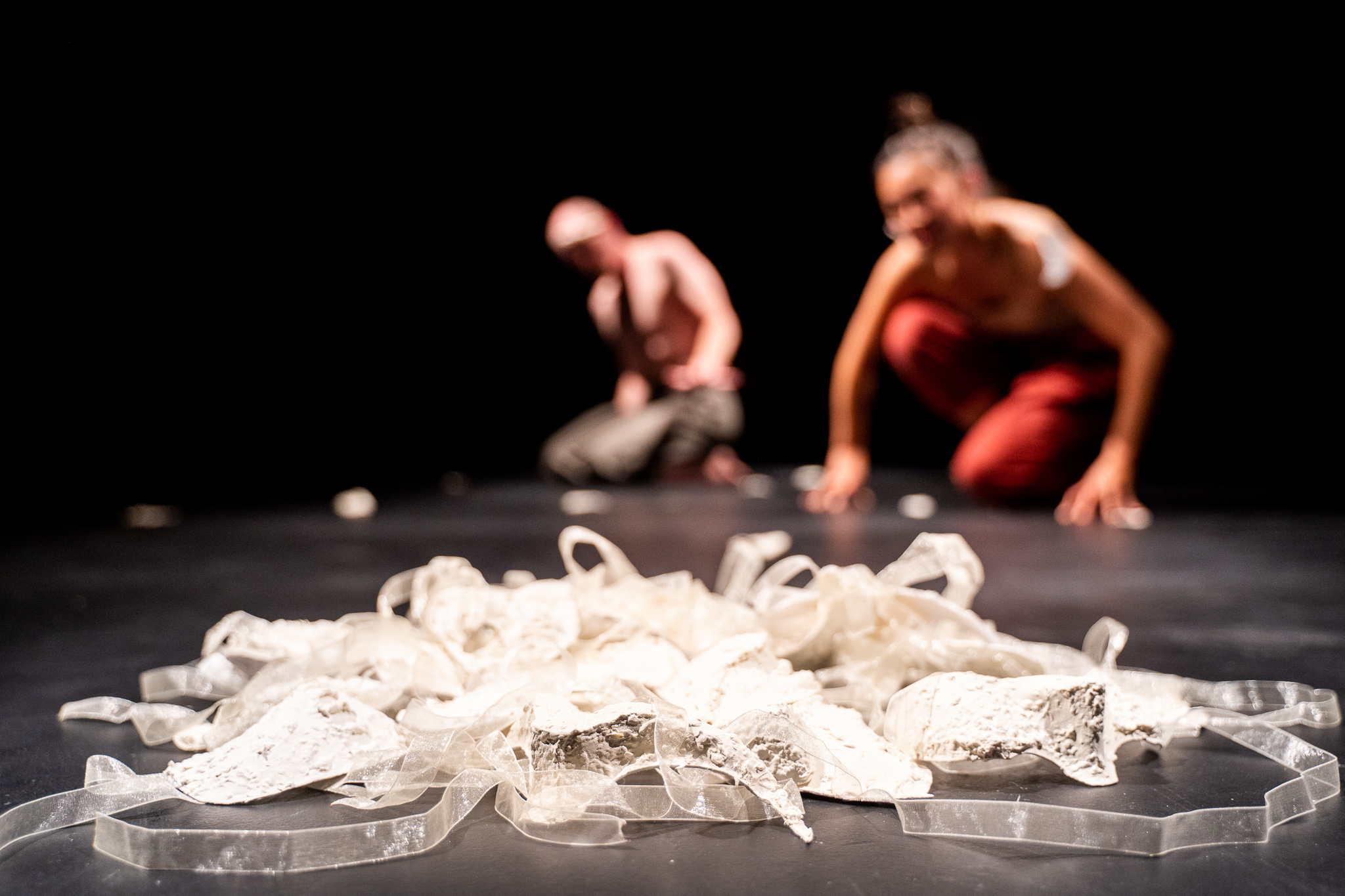 The masks were also used as scenography at Bådteatret. Photo by Sebastian Neerup Mandel.

Linh Le and I experience various dilemmas and paradoxes which we used as choreographic scores: 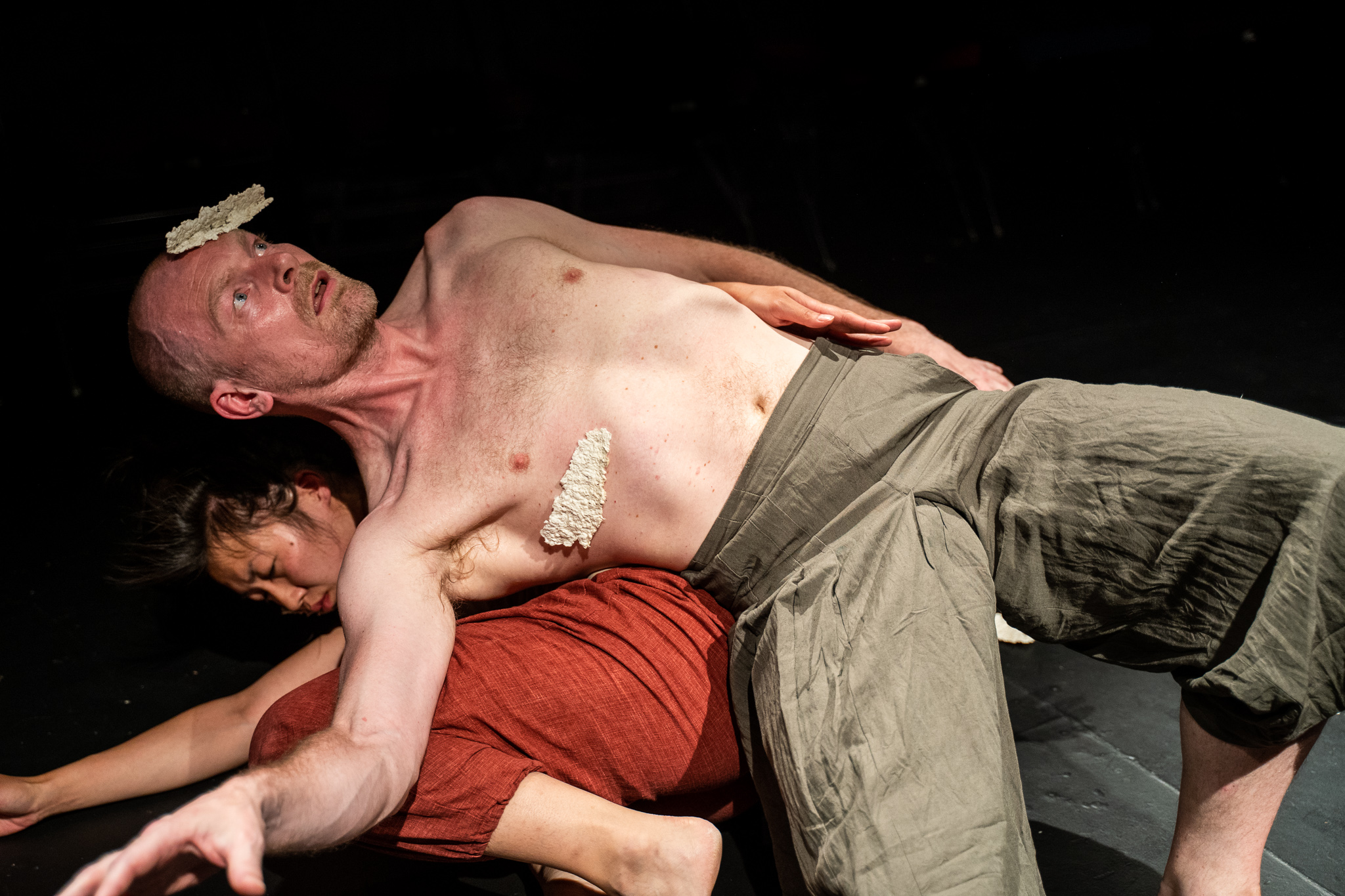 Linh Le and Peter Vadim performing at Bådteatret. Maria Beydin made the white pieces that are glued to our bodies. Photo by Sebastian Neerup Mandel.

After each performance we had a panel of artists, politicians, advisors and researchers discussing the theme. Associate Professor Karen Arnfred Vedel and Soundartist Eduardo Abrantes has helped us with questions for the panels:

Morten Goll, Executive Director at Trampoline House – a community center for asylum seekers, refugees and other citizens in Denmark.

Asrin Mesbah, Cand.jur. and counseling coordinator at Trampoline House – a community center for asylum seekers, refugees and other citizens in Denmark.

Upeka Abeynayake, Ethnologist, activist and member of several boards including DRC/Documentation- and Advisory Center on Racial Discrimination, IMR and Pluralisterne.

Jens Tang Kristensen, Postdoc. Department of Art and Cultural Studies, University of Copenhagen, and co-author of the book Becoming Animal.

Rasmus Nordqvist, Member of the Parliament for the Alternative and spokesman on foreign affairs, the EU, climate, peace and defence, cultural affairs and LGBTQI. 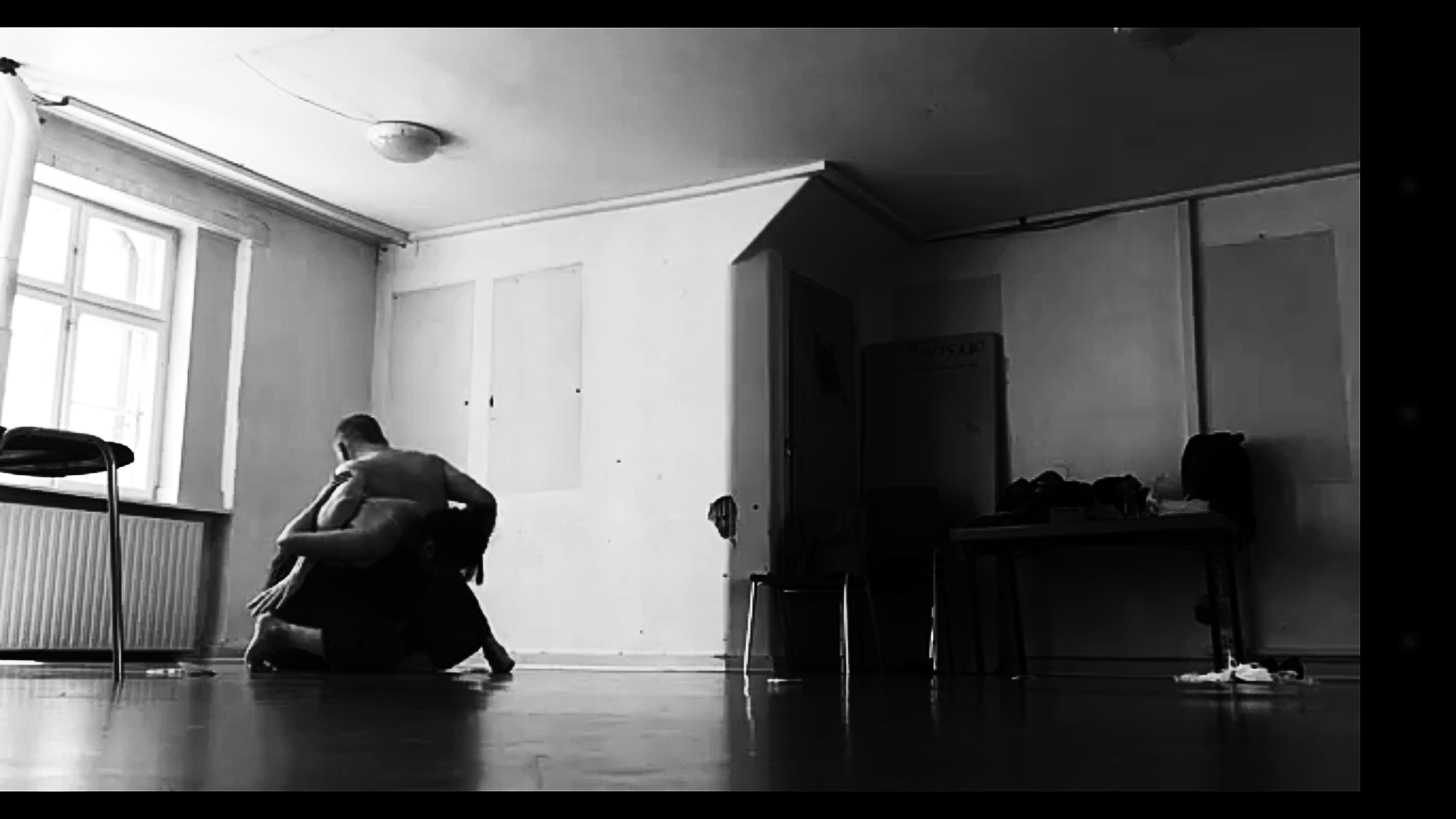 From a rehearsal in Teaterhuset. We are exploring collective shapes and forms. Still from rehearsal film.

Linh and I have developed our methods in various projects since 2016: Landscape Scenographies, For a Moment: Singularity and Vejret nu.

Supported by Danish Artist Union. Also, we have received support from Sportgoodsfonden to further develop this project.