Unbelievable Angles (2016-17) is a concept made in cooperation with Trine Trash. We explore embodiment of imagination and things in our minds that we are repressing or that are too abstract or complicated to understand through only thoughts or theory.

In this context we are working with the area between dishonesty and truth, embodiment of imaginary shapes and gender issues. In our performance workshops we always guide the audience in expressing themselves through movement and model building. Below are descriptions of our four performances and one film:

For this performance/workshop the idea is to create shapes out of our imagination and then apply atmospheres and functions. We believe that this will help us to better understand abstract or complicated things of our minds. To embody our imagination we do movement exercises with the audience involving sand, yarn and foam. Using those very different qualities the audience is then asked to build their own shapes and explain them through atmospheres and functions.

The concept is a development of our earlier performance Twigs. Twigs 2 is a part of CUBEX in Warehouse9, October 2017. The idea of CUBEX is for the audience to learn tools to build their own future city. 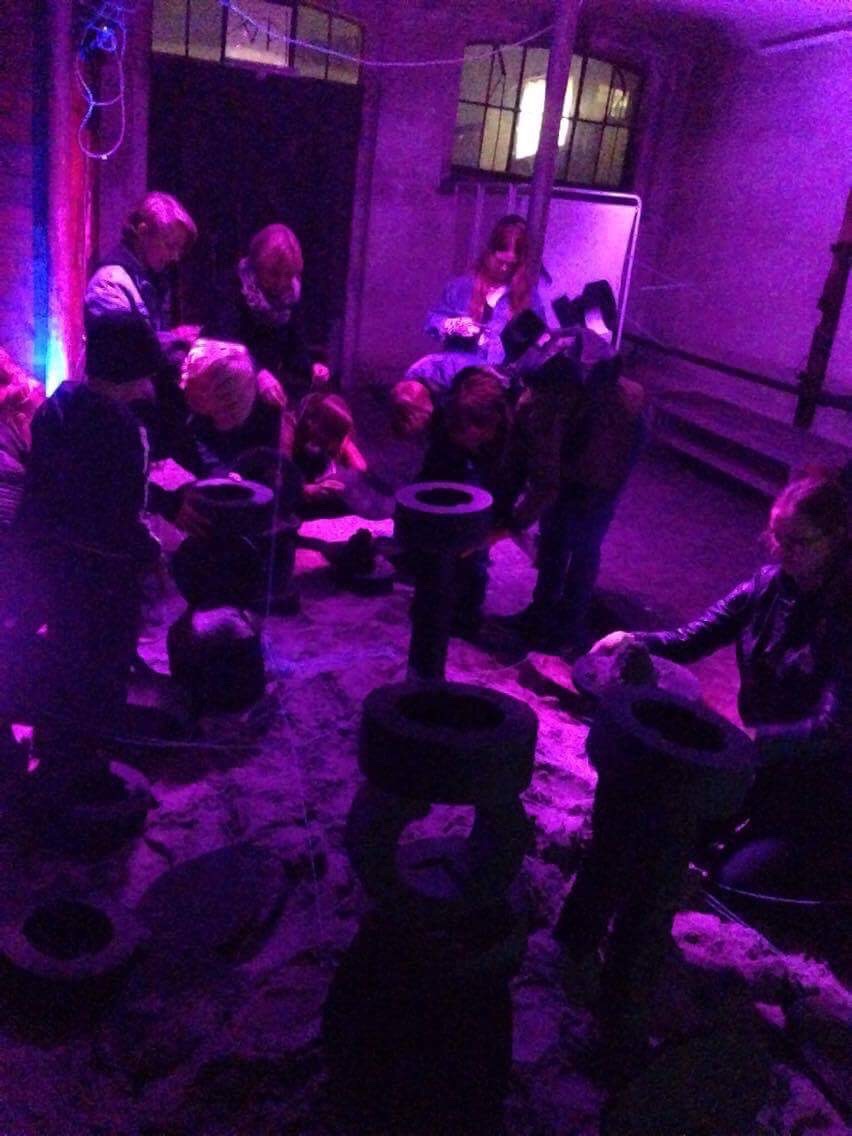 The Audience building shapes from their imagination. Photo by Trine Trash

For Warehouse9 10th anniversary gala we were invited to contribute with a short performance expressing our relation to Warehouse9 and the concept of queer: We both find it very tragic that heteronorms still force us to even think about how to get around and hide our sensations of our gender. So we chose to work with the notion of tragedy in what we think is a dilemma: The more we celebrate the variety of gender the more the heterormative world feels threatened and the more we have to stick with queer norms to feel safe, but at the same time queer norms are a threat to the variety. 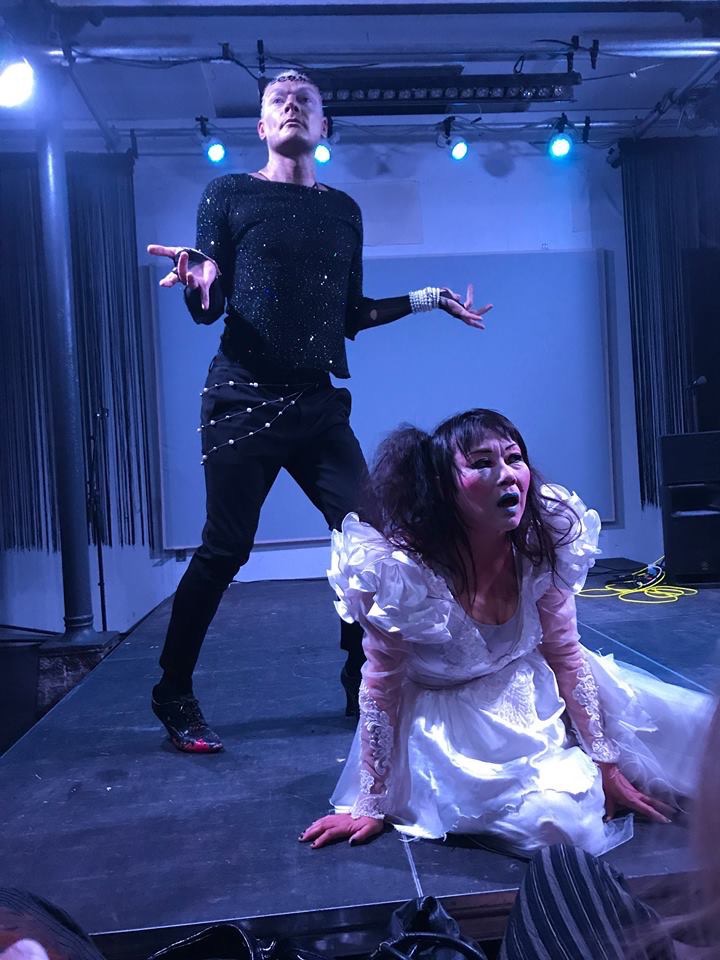 Twigs (2017) is a site specific performance/workshop happening at Wanderlost in Warehouse9 may, 2017. Trine Trash and I take small pieces out of context and install them in one sculpture according to their power hierarchy. The more power the pieces have the more space they get. But the power can change depending on the situation. Imagine for instance a small piece of body movement taken from a homeless person opposite a twig from the forest.

This means that the sculpture will constantly change and consist of anything from tangible objects to ephemeral atmospheres and feelings.

The concept of this workshop comes from the idea that The Brown Meat Packing District is changing. Right now it is home for substance users and homeless people. It is the wish from the municipality, that in the future it will open up to a wider range of people. With this workshop we ask in what context these people can coexist or if it is even possible. What is the context of the area and what is out of context? Together with the audience we hope to discover needs and directions for the development of area.

The dimensions of the sculpture are set by the audience. This means that they can keep building on it for as long as they like, as long as they follow the rules: It can only be build by pieces taken out of context and it has to refer to The Brown Meat Packing District.

Twigs was performed at the festival Wanderlost in Warehouse9, may 2017.

We create a space in which it is allowed to be dishonest about one’s own feelings, sensations, social relationships and other experiences of the world. In this space we experience the joy of lying together with the audience. We explore what intentions hide behind these lies and collect body movements that result from it. In this way we build a movement library that can help people become better at lying.

The performance was a part of Spire Festival 2016.

Supported by Warehouse9 and Spire Festival